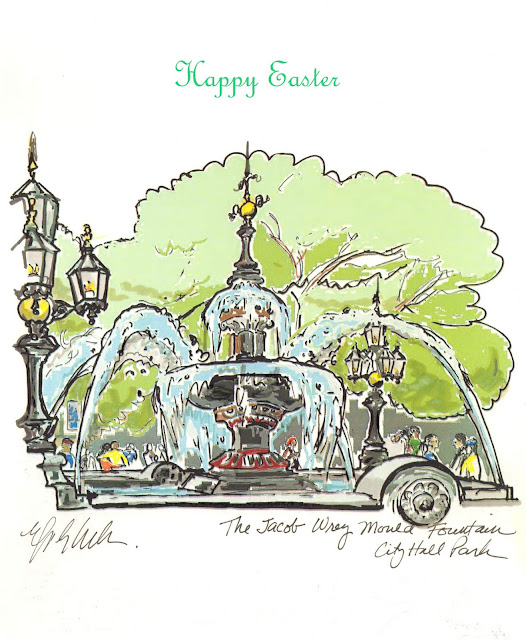 In 1999 a $34.6 million project fully restored the park, adding a central walkway and gardens and replacing pavement with grass and trees.  The Mould fountain with its original granite base was returned to the park with a reconstructed centerpiece and lighting fixtures.  A circular tablet at the southern end of the park was added to educate visitors about the history of the site.  At the park’s rededication, Mayor Rudolph W. Giuliani called the renovation “a final gift from the 20th century to New Yorkers of the 21st.”

More on the fountain
https://ephemeralnewyork.wordpress.com/tag/jacob-wrey-mould-fountain/
Posted by Illustrated Courtroom at 8:05 AM No comments: